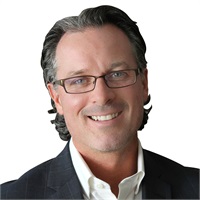 Craig Horvath is President and Founder of Horvath Planning & Wealth Management, LLC.  For over two decades, he's been serving clients through holistic financial planning, disciplined and evidenced based investment strategies and proactive personal service.  He began his career in 1995 as an intern with Northwestern Mutual Financial Network while attending the University of Wisconsin – Whitewater. Upon graduating in the spring of 1996 with a Bachelor of Science degree in Psychology and a Marketing minor, he became an insurance agent and financial services representative at MetLife in Milwaukee, WI.  In the spring of 2000, Craig moved back to Joliet, IL, his birthplace and where his family roots lie, to be closer to family because he had a disabled father who was being cared for by Craig’s paternal grandmother.  As a result, he relocated his practice to a prominent MetLife office in the western suburbs of Chicago.  It was there he began honing his core principles: a tenacious focus on serving clients’ best interests; a relentless pursuit of excellence across every activity; and a burning desire to learn, grow intellectually and innovate.

In 2015, Craig transitioned his practice to LPL Financial, one of the leading financial services companies and the largest independent broker-dealer in the nation*.

To further strengthen his knowledge and expertise in the area of retirement planning, in 2007 he completed two days of advanced education and training in Retirement Distribution Planning at Ed Slott’s IRA Workshop in San Diego, CA. Ed is a nationally recognized IRA distribution expert and author of several books on IRAs.  Craig believes; if you're not growing, you're dying and therefore is continually working toward other advanced professional designations through The American College of Financial Services.

In the summer of 2012, Horvath Planning & Wealth Management was interviewed and spotlighted in Forbes magazine as one of the top firms in the Chicagoland area.

Craig is also active in his community and a corporate sponsor of local festivals and various organizations he’s passionate about. For the past 6 years, he’s volunteered his time to coach his son’s baseball teams and has also been involved with other sporting interests they’ve participated in.

In 2010, the year after his dad passed away, he headed up a charity golf event in memory of his father to benefit The Brain Injury Association of Illinois (BIA of IL). BIA is a non-profit statewide membership organization comprised of people with brain injuries, family members, friends, and professionals. BIA of IL is part of a network of brain injury associations across the United States and is an Affiliate of the national Brain Injury Association, Inc. (BIA) which was founded in 1980.

Craig currently resides in Joliet, IL with his wife Karen and their two sons, Cade and Colin. They have two pets; Colt, the crazy yellow lab, and Lulu, the tabby cat. He loves spending time with his family, is an avid golfer, loves to work out, enjoys traveling and is passionate about cheering on the Cubs, Bears, and Hawks.

* As reported in Financial Planning magazine 1996-2020, based on total revenues.

Get a GWP Proposal

Before opening an account, get a proposal that shows sample recommendations for your portfolio and what you could accomplish with Guided Wealth Portfolios.

Get Financial News & Updates Delivered to Your Inbox